I always thought of  the wax museum as a tourist attraction.  Well, my family and I decided to be tourists in our own town and visited Madame Tussauds Hollywood and we had a blast taking pictures with all of the celebrity wax figures. 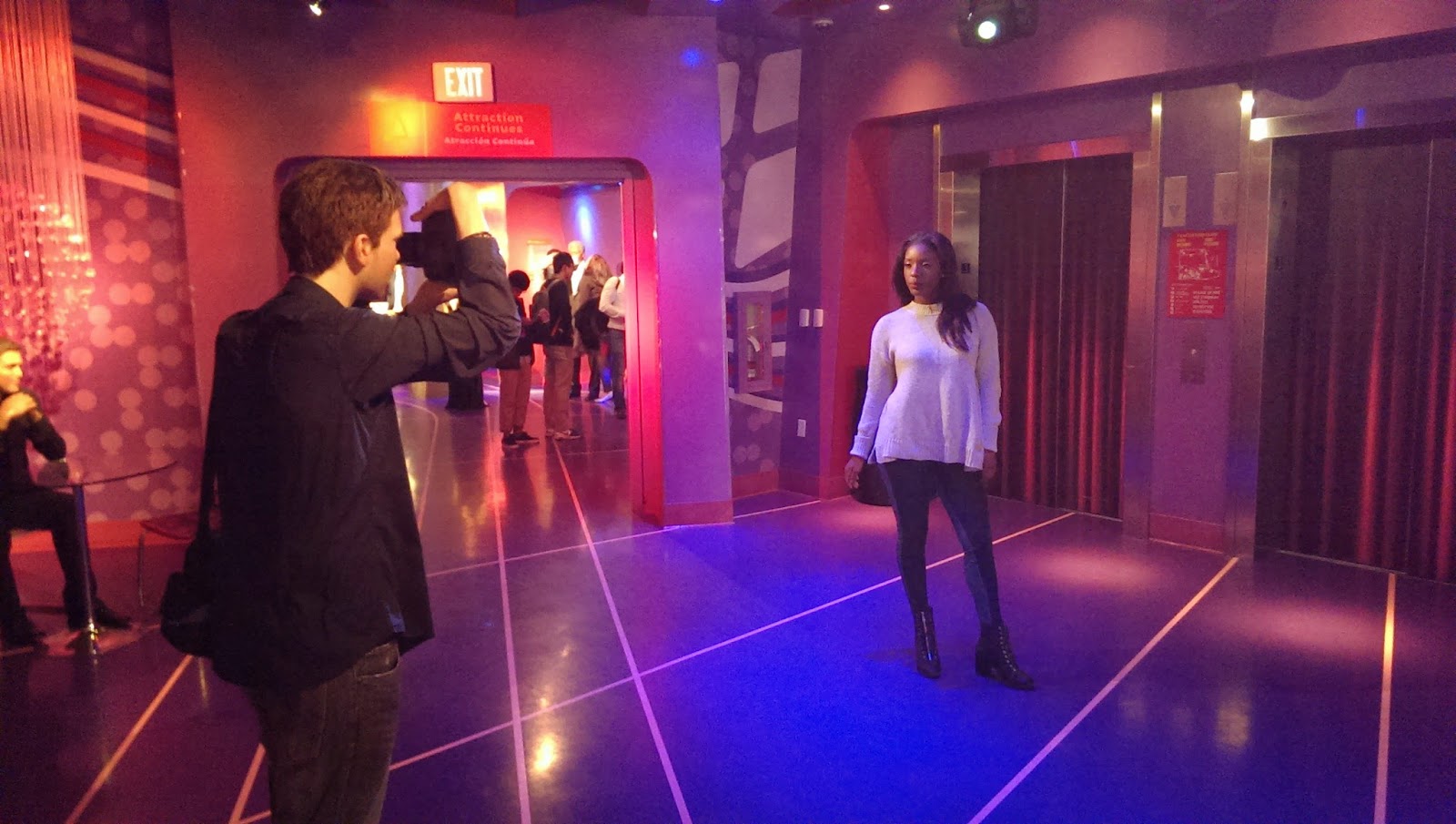 My son and daughter absolutely love taking photos so this was right up their alley.

After exiting the elevator we were greeted by paparazzi as we entered into the A List Party.  My daughter was quick to strike her red carpet pose.

This room was filled with many of Hollywood’s A Listers, like Snoop Dogg and Simon Cowell. 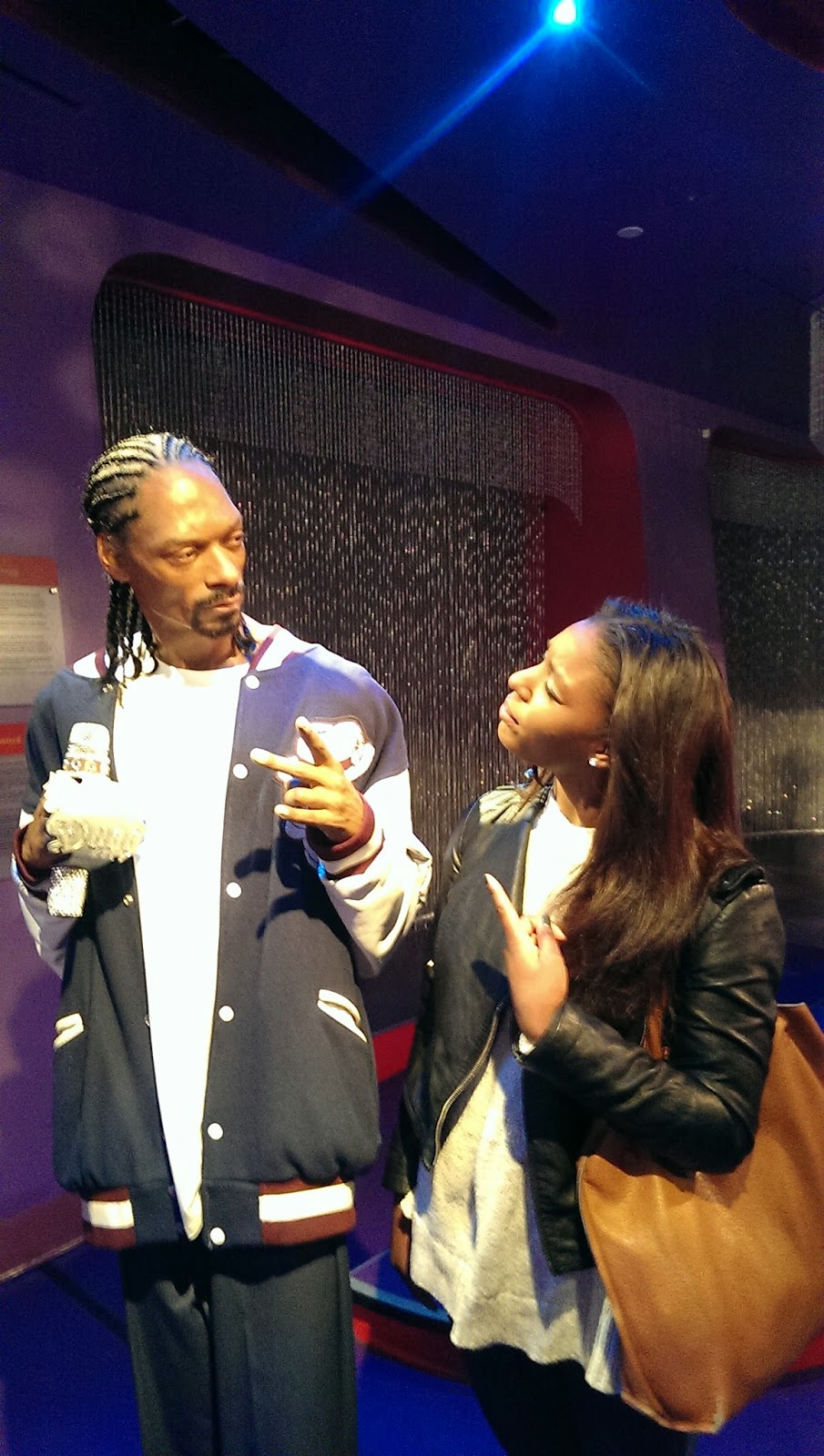 I usually do not like take pictures but, this was fun!   It is like being a child in make believe. Our imaginations ran wild.  My son and daughter were very creative while taking their photos, so of course I had to join in. 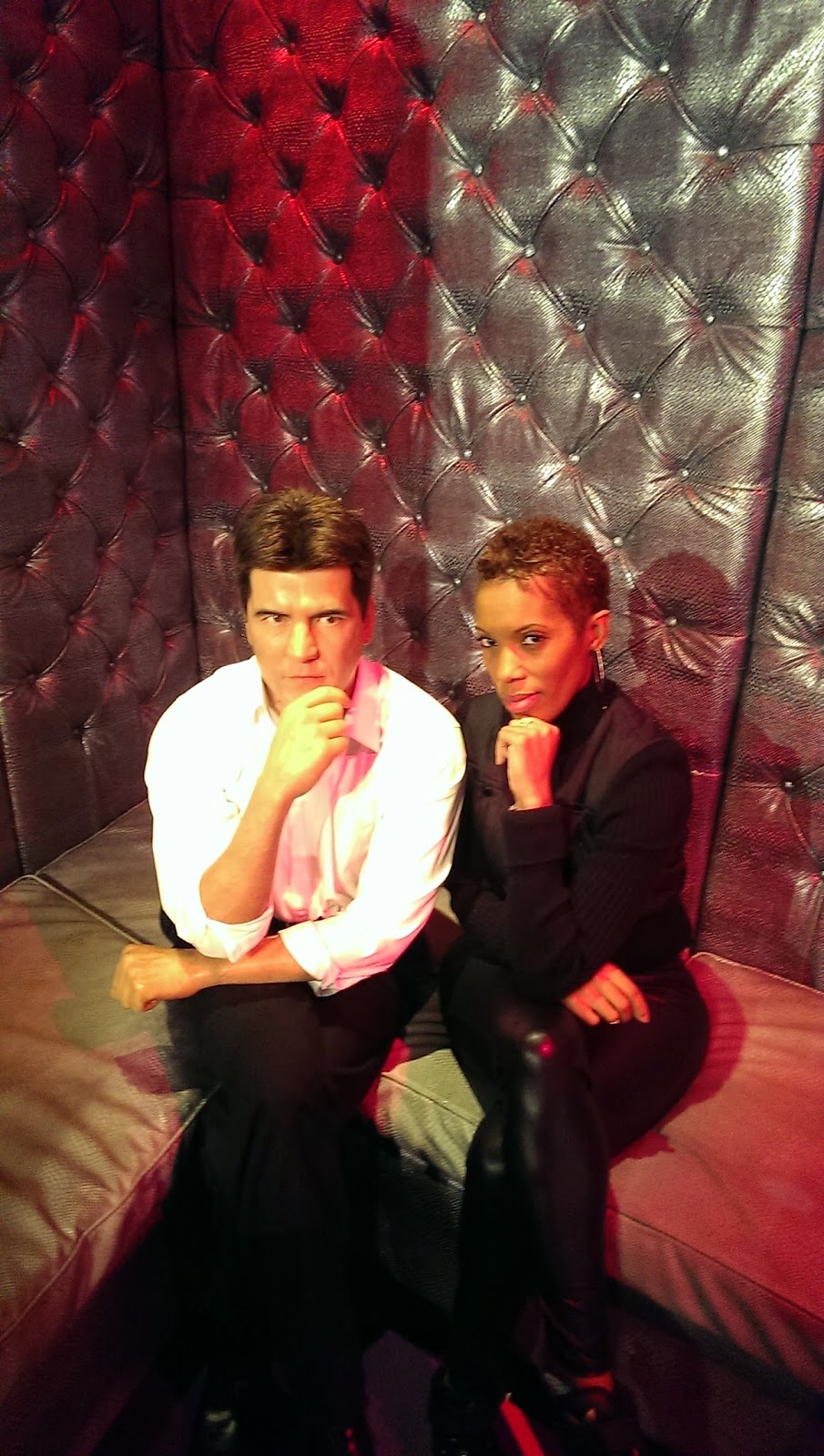 The wax museum is divided into sections.

While in the Making Movie Section my son and daughter could not wait to jump on Elliot’s bike and fly away with E.T. 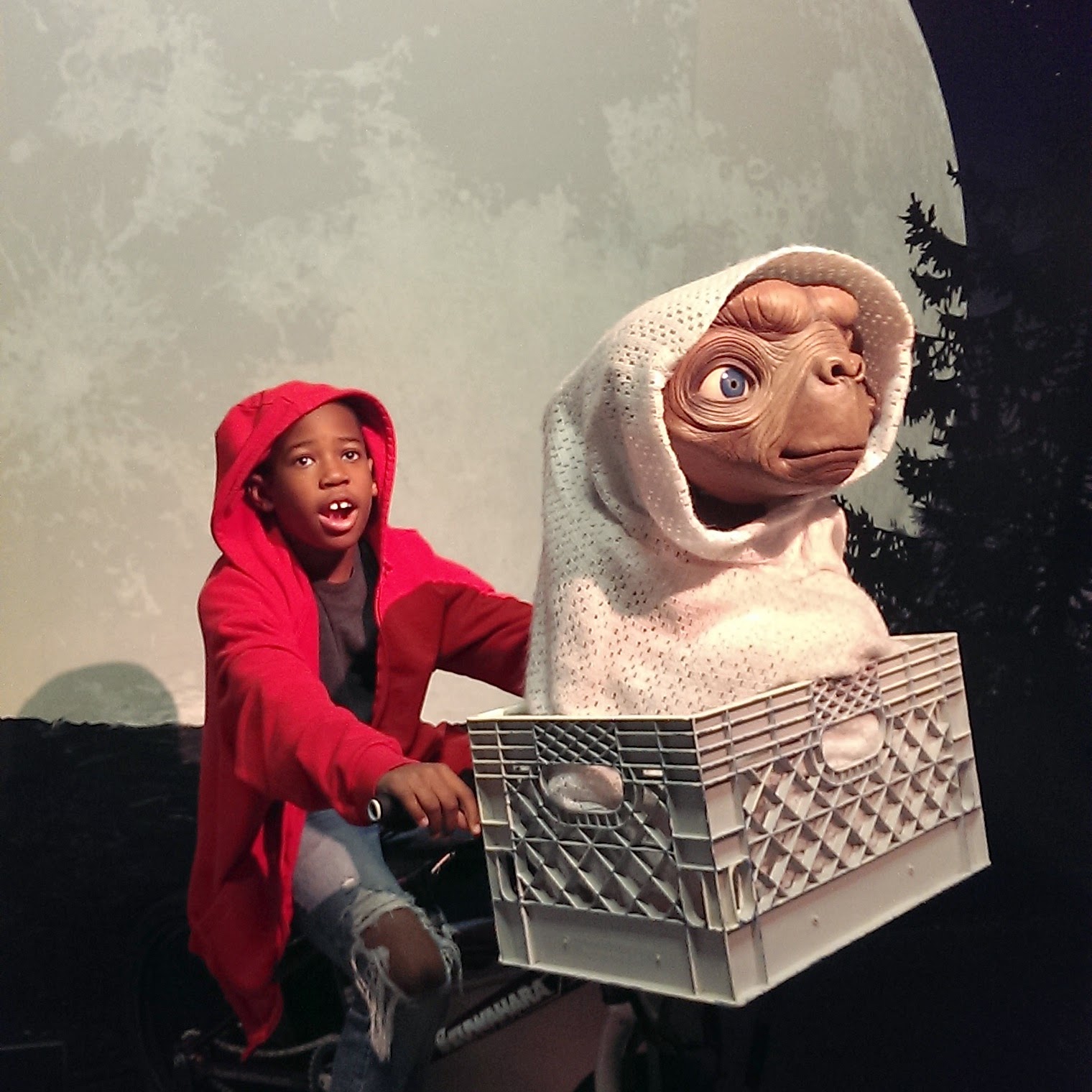 I cannot remember what section we were in when we came across John Travolta.  We love John Travolta and we love the movie Grease.  My daughter was instantly transformed into a Pink Lady and my son was a T-Bird. 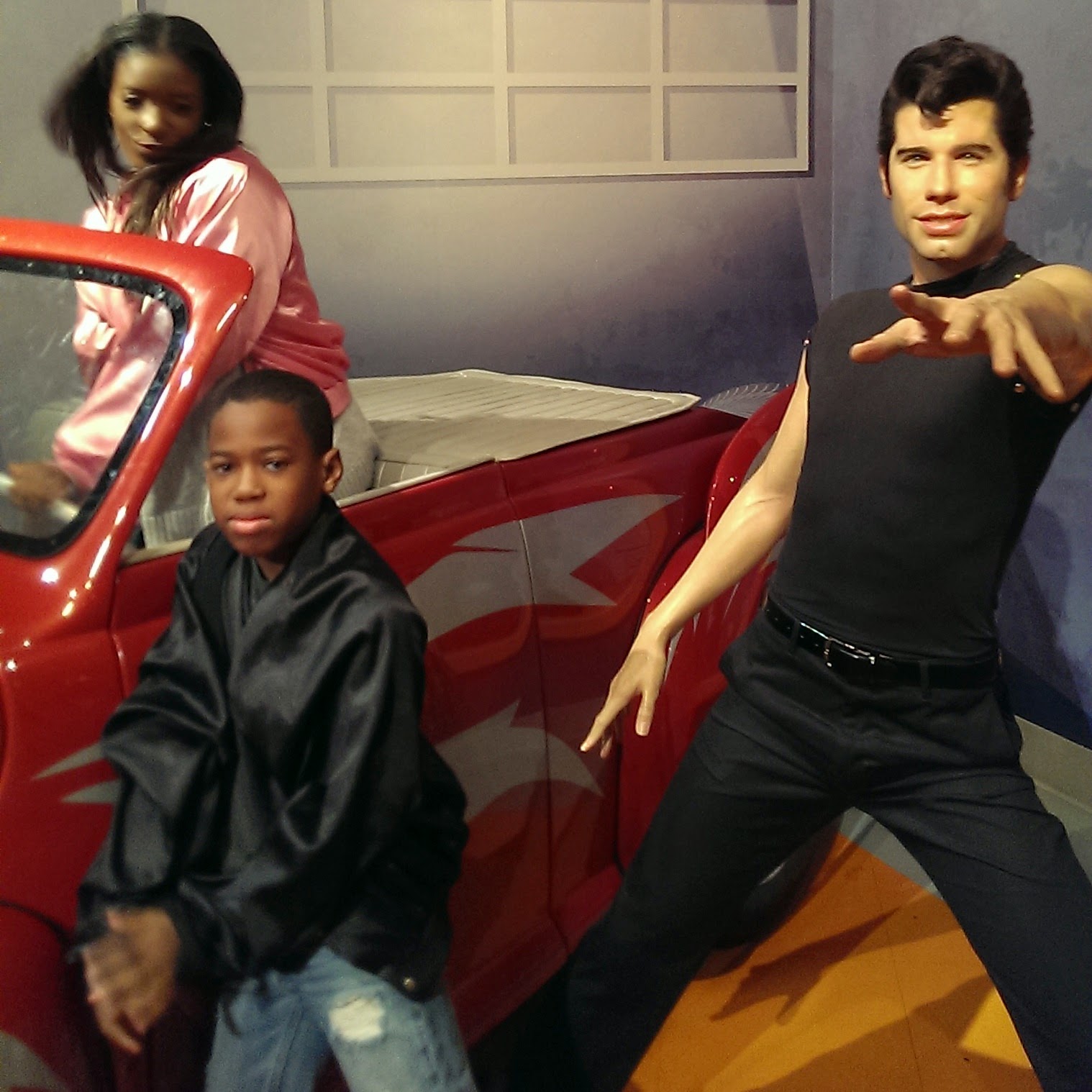 My daughter loves her some Rhi Rhi, so when she saw Rihanna the diva came out in both of them. 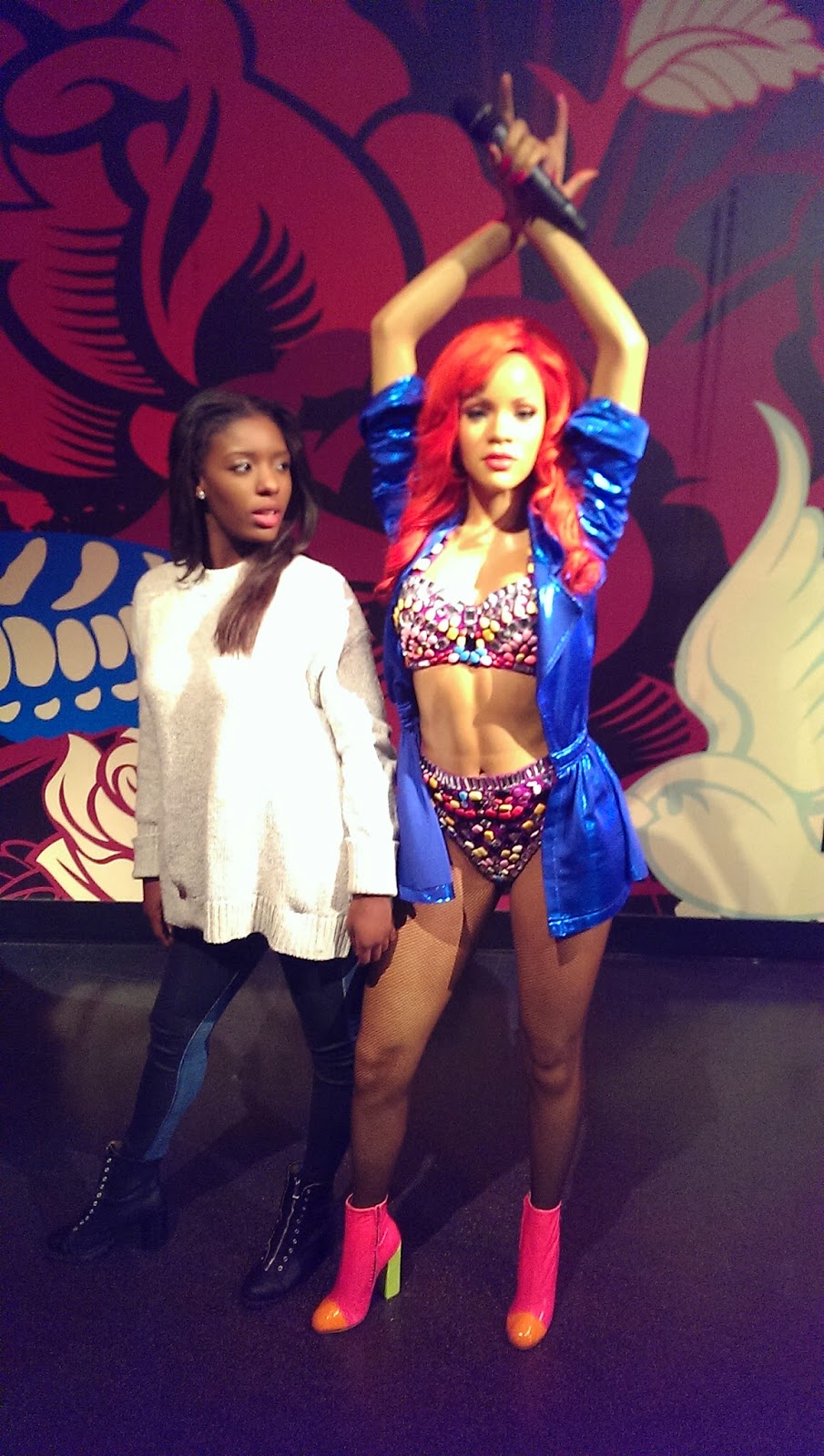 While my daughter was posing with Rhi Rhi my son was having a fit to visit the Pop Icon area.  He wanted to take a picture with Micheal Jackson.  He is a major Michael Jackson fan. He so much of a fan,  he is having a Michael Jackson party for his 10th birthday and some of his photos from  Madame Tussauds will be apart of the decorations. 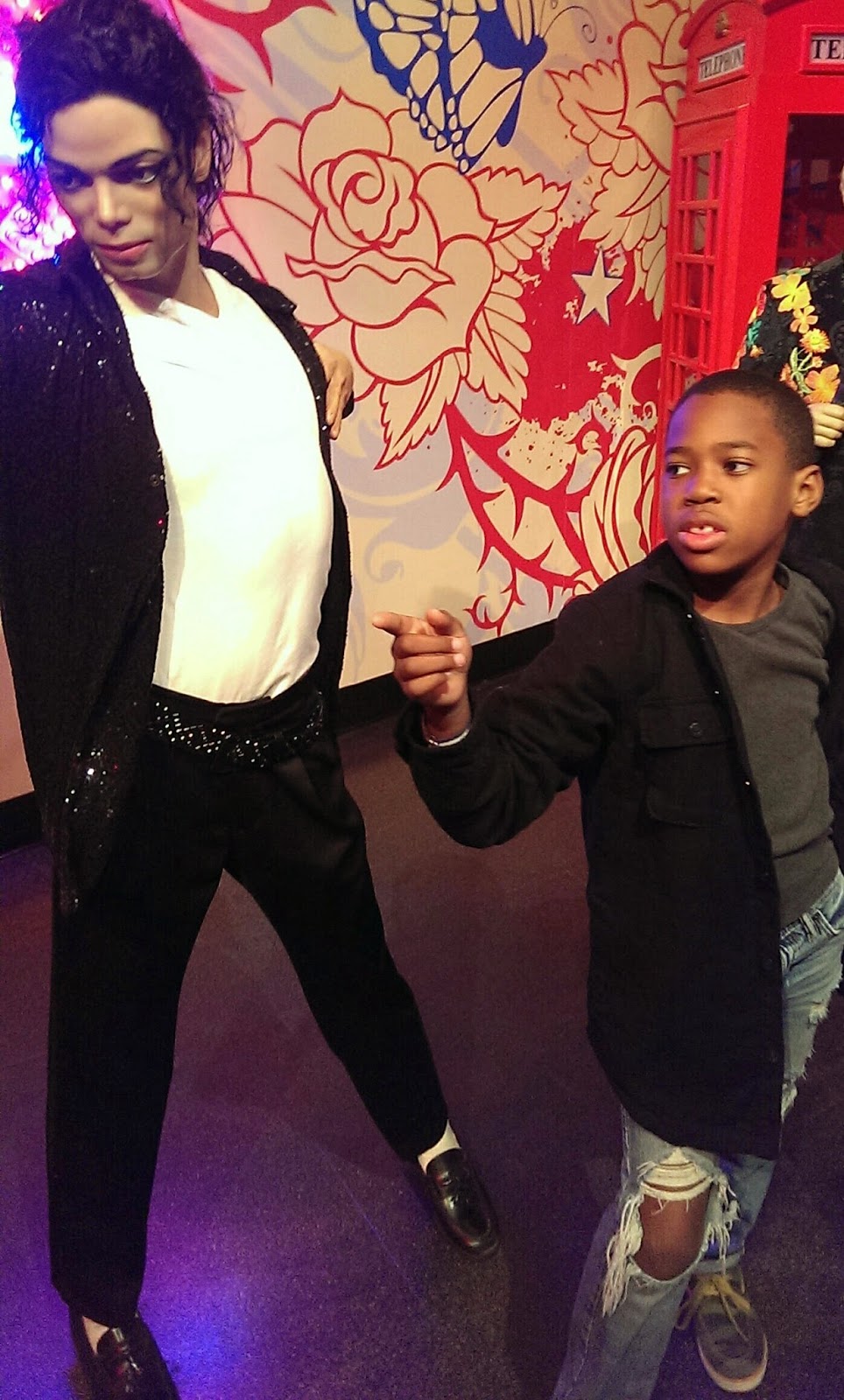 He  also got a kick out of being in the oval office and answering the phone for President Obama. 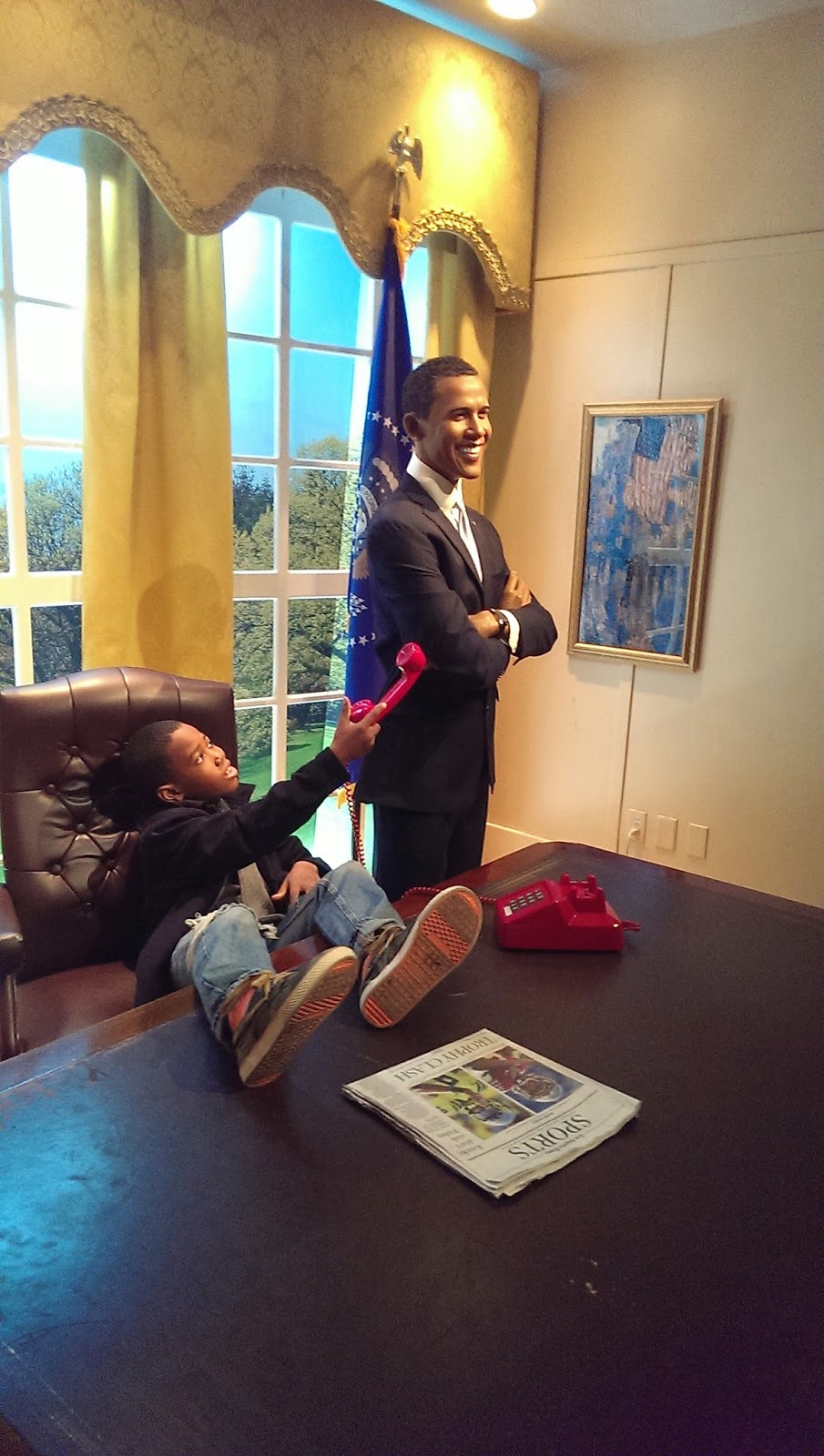 My favorite wax figure was Audrey Hepburn.  Before I walked into the Spirit of Hollywood section, my daughter ran back to me telling me she was there.  I love old Hollywood. Visiting Madame Tussauds and being able to take pictures with celebrities like Audrey Hepburn is more than fun it was an experience.

Speaking of experiences, we did participate in The Marvel Super Heroes 4D Experience. This is where the most legendary super heroes are brought back to life.  This is definitely a life like experience. As we were sitting in this live attraction there was water, smoke and trembles in our seat.  My daughter sat in the center seat in like the second or third row.  Every time there was a water experience she would get sprayed with water.   When it was all said and done, her face and her hair were a bit wet but, she was fine.  I asked her why didn’t she move out of the way.  She had no answer but, I do remember her asking are you getting wet?  I could not answer because, I was laughing so hard.

We absolutely enjoyed being tourists in our town.  Madame Tussauds is definitely fun for everyone even if you are a tourist or not.

Disclosure: Product/compensation was received in exchange for review.